A strange aura surrounds this mysterious new addition to the team of survivors. An aura which could possibly be attributed to her unfathomably deep understanding of this mysterious infection, her apparent relations to Baron Manfred Von Darksburg himself or to the vaguely undead smell she adorns.

An accomplished doctor, with a sharp scientific mind, Dolorosa was deep in the field upon the outbreak, attempting to help those who became infected whilst feverishly trying to devise a cure.

(As evidenced by the current situation, this endeavor was largely unsuccessful, but we're sure the townsfolk would voice their appreciation for her attempts were they capable of more than the standard zombie grunts and growls.)

Dolorosa brings much more than just a profound understanding of medical science and a questionable odor to the team however and is more than capable of holding her own against the undead scourge with her unique set of abilities: 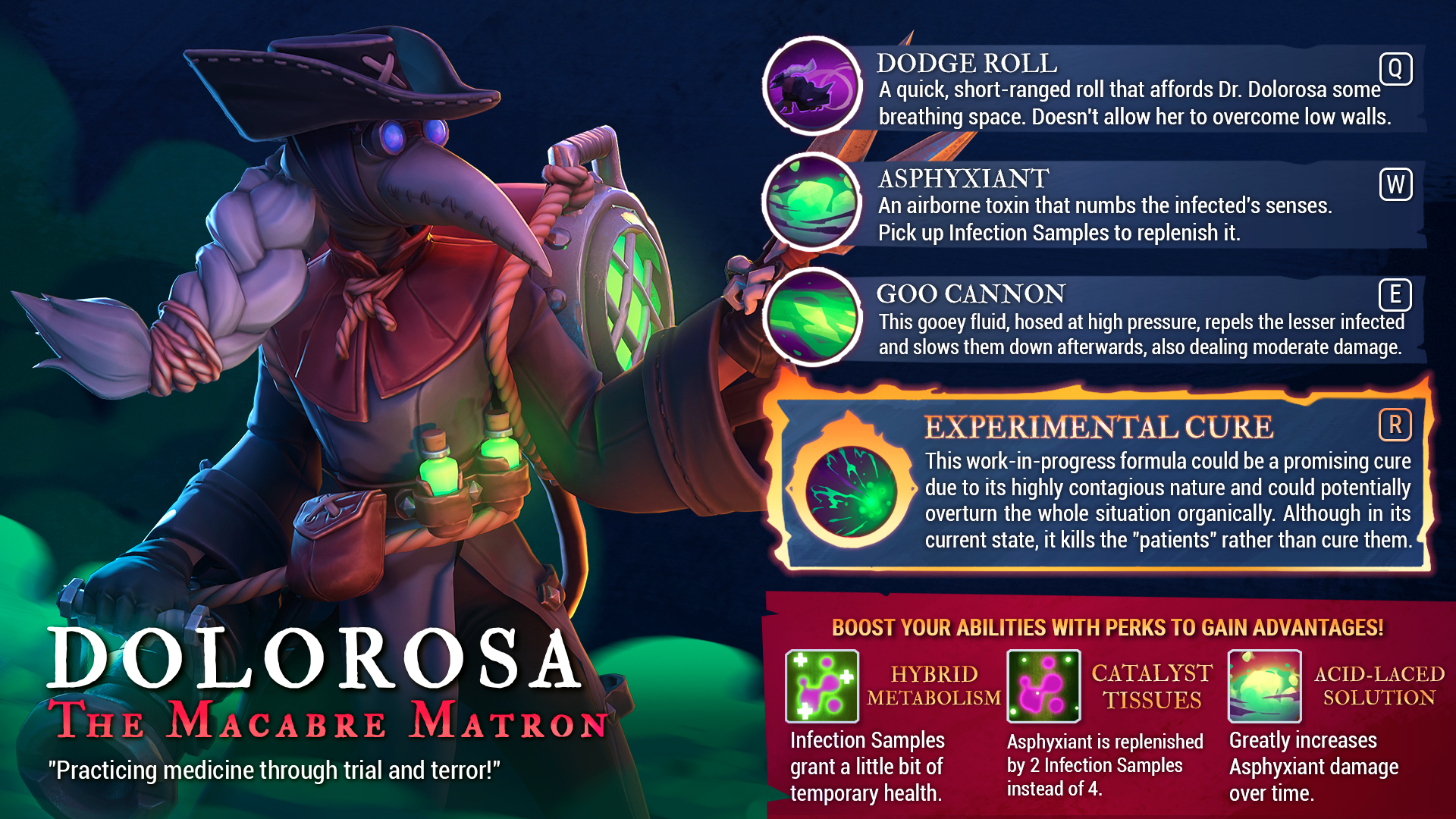